An Ancient Game and the Future of Your Network’s Infrastructure 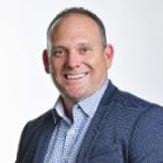 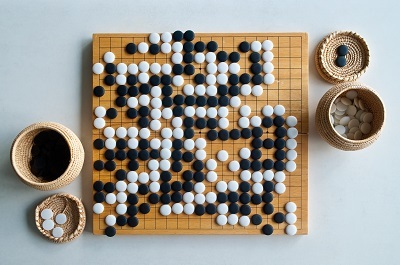 After a recent visit to China, we talked about the country’s future – the incredible population growth, where fishing villages are transforming into megacities, not to mention the relentless move towards self-driving cars and autonomous vehicles. It’s easy to reflect on the nation’s technology revolution, given 1.3 billion people have mobile devices and almost everyone is using WeChat.

However, I’m going to briefly reflect on cultural history. I uncovered the 2,500 year-old Chinese game of Go, also known commonly in Asia as the “weiqi”, which is perhaps the most complex game ever developed. Players take turns placing stones on a board, trying to surround opponent's stones and capture more than 50 percent of the board. With 361 stones and 361 positions on the board, the number of possible moves during a game is 10 170, more than twice the number of atoms in the observable universe!

Computing your way to victory in this game is impossible. After all, the Sunway TaihuLight, at China’s National Supercomputing Centre, can only muster a measly 93,000 trillion calculations per second. So how is it that, in January 2016, Google’s AlphaGo, an AI-driven program, beat three-time European Go champion Fan Hui…five times in a row?

Turns out AlphaGo used a combination of computational power, the experience of over 30 million actual games and a touch of intuition. Oddly, this formula can also shed light on the secret to developing a future-proof high speed migration strategy for your data center’s infrastructure.

The surging demand for higher bandwidth and lower latency in today’s data center is literally rewiring the network’s infrastructure in real time, as enterprise and co-location facilities race to adapt. The industry has responded with a dizzying array of high speed networking components, optical technologies and new standards. Much like the number of possible moves in Go, the number of migration paths is daunting. But not all of them lead to an infrastructure that is resilient and agile enough to support the link speeds and applications – known and unknown – that are coming.

This brings us back to AlphaGo’s recipe for success.

One part calculation. A successful migration is one that solves your immediate challenges while keeping the greatest number of viable options open for the future. This becomes important when talking about MPO fiber connectors and modules. Of the three main types available – 8-fiber, 12-fiber and 24-fiber, the 24-fiber enables the greatest number of configurations. Just as easily, we can calculate the cost-benefit of using pre-terminated versus field-terminated fiber. With port densities escalating, pre-term is the way to go.

Two parts awareness. This is all about perspective and understanding the trajectory of innovation. Look at the Ethernet roadmap over the last five years. The call for 40Gbps lane speeds is fading and is being replaced by newer standards in which 25Gbps is the next milepost, followed by 50Gbps and 100Gbps after that. Understand how the standards are evolving, you will know what decisions to make.

A dash of intuition. Lastly, there is no substitute for front-line experience…lots of it. Which technology paths can take you far and which are more likely to be dead-ends? What applications have reached critical market mass and which are still a few years off? The bottom line is that you can’t simply calculate your way to victory—not in Go nor data center migration—with sheer computational power. It takes understanding, experience and a portfolio of modular, future-proof solutions. Sounds a lot like CommScope.

To learn more about crafting a successful high-speed migration strategy, start by taking this short and fun quiz. Then watch your inbox for an invitation to take a deeper dive.

In addition, join me in our “Expect More’ roadshow in Hong Kong at Ritz Carlton Hotel on August 29, from 1-5pm to learn more about our high speed migration portfolio. For more information on the roadshow, please log on to the CommScope website: http://commscoperoadshows.com/. 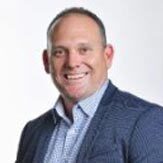 Gavin Milton-White is the Vice President of Enterprise, leading sales across Asia Pacific. He is responsible for driving innovative solutions for use in business enterprise, telecommunications, cable television and residential broadband networks. Gavin is based out of Singapore. Previously, Gavin held key sales and general management leadership roles with TE Connectivity, Huawei and Avaya. With over 20 years of experience in telecommunications and network infrastructure and a background including that of reseller, distributor and vendor, Gavin believes in delivering a success driven culture and customer focused environment by driving best business practices using coaching, common sense, flexibility and team empowerment.

New Wireless Technical Training Available for Women at No Cost

CommScope is proud to offer wireless training to interested women who are working within our partner organizations – customers, installers, systems integrators—and who meet certain requirements. In this blog, Pinder Chauhan explains the benefits and how women can sign up for the program.

Welcome to the new CommScope.com

Three sites have become one. ARRIS and Ruckus are now part of CommScope.com. We are putting the power of possible right at your fingertips.

Now meets next. At CommScope, we push the boundaries of technology to create the world’s most advanced networks. Across the globe, our people and solutions are solving today’s challenges and driving the innovation that will meet the needs of what’s next.

Get to know us – we invite you to explore CommScope.com.